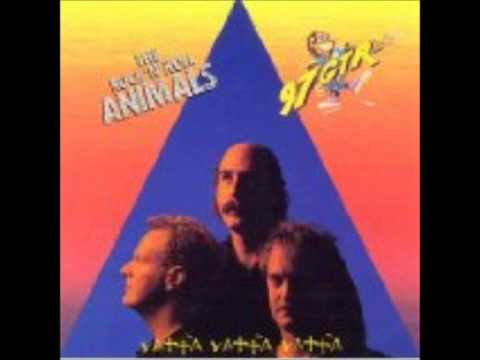 Before we begin, welcome all newcomers! We're so glad you're here, feel free to drop by anytime. Also, for you loyal shibes, it's you that makes writing this stuff worth it.

Well, it was expected that this could happen since BitCoin dealt with all of that. Unfortunately it's also sad to know that even though closing of markets could bring down BitCoin only to $500 (After it's quick rise), yet it was a variety of illegal activities spurring on others that brought BitCoin to it's current level.
What really makes me THIS right now is that BitCoin's sketchy past is ruining people's view of crypto currency now. This year was supposed to be the year of the BitCoin (or more importantly, the year of the crypto currency) but instead it's looking like the year of the fall of BitCoin.
I'm not saying BitCoin will be wiped from existence, but at the time when investors are starting to look at BitCoin, this could not have come at a worse time.
What can we do? Get down to serious business, that's what.

Dogecoin's reign as the King of micro-transactions is just beginning......ALL HAIL THE KING

I respect Bitcoin and I credit it for leading the way in crypto currency opportunities. We couldn't have Dogecoin were it not for Bitcoin and it's enthusiasts. While I believe Bitcoin and Litecoin will succeed in making huge payments, for money transfer as a store of value, dogecoin will dominate in the micro-transaction space. The reason why I believe DOGECOIN WILL REIGN is:
1-it appeals to the young people. It's based on the Doge meme, it's fun and easy to talk about. Many shibes on the dogecoin subreddit are young guys who include many teenagers, unlike the bitcoin subreddit that is full of grown-ups.
In the past decade, young people have rallied the growth of sites like Facebook, Twitter, Instagram and Tumblr. Today, our parents are on Facebook. Know this, when most young people start accepting dogecoin, grandma eventually will.
2-it handles the problem of decimals very well. Many people hate decimals. 1 cent of a dollar is equal to 0.00001 BTC as I post. I hate making minute payments using bitcoin for this reason. It's easier to spend 50 doges.
3-it's in huge supply. Unlike BTC, dogecoin is easier to mine and to share to the masses without significantly affecting it's value.
4-it's painless to tip with doge. I feel good when tipping using dogetipbot. As many of you shibes who have been tipping have realized, it's becoming an addiction.
5-Dogecoin is the number 1 crypto in daily transactions. Dogecoin is the number 3 crypto in trading volume. Dogecoin is the number 2 crypto in Reddit subscribers (it will be number 1 very soon).
6-it's profitable to merchants. Don't think that because people are making small payments it's not worth it. Simple math: If 100,000 people donate 50 doges each to a song artist in appreciation for her song, you can be sure she will make more than she earns on Pandora or Spotify. Don't forget how we crowd-doged The Jamaican Bobsled Team.
7-Once other developers realize it's advantages, like we the developers of PlatformX have, it will be adopted like crazy. PlatformX is the codename of the blogging platform we are developing that uses about 50 doges to unlock hidden content.
We announced PlatformX on this subreddit here. If you want to be notified when its launched send an email titled Notify Me at [email protected]
8- The environment for mainstream adoption is in place. Ask yourself what would happen if messaging app WhatsApp integrated dogecoin, and people could tip their friends using Doge emojis worth different values as a way of appreciating awesome messages.
9- look how fast new shibes are subscribing to the dogecoin subreddit. IT'S A SIGN. We are headed.....TO THE MOOOOOOON. Does anyone have more ideas of why and how dogecoin will reign in micro-transactions?

Jamaican song manufacturer and previous Olympic workforce member, Sam Clayton Jr. died on the age of 58 from coronavirus, The New York Occasions experiences. Clayton used to be a member of the Jamaican bobsled workforce that competed within the 1988 Iciness Olympics in Calgary, Canada. The Jamaican bobsled team also received financial help through more conventional crowdfunding sites, like Crowdtilt (currently at $24,633 US) and Indiegogo (currently at $11,793 US). Between the The Jamaican two-man bobsled team is getting a hell of a lot of attention for a team that finished dead last in today's heats in Sochi. Ovations from the crowd at the opening ceremonies, heartwarming feature stories on NBC, excited reactions from Jamaican bobsled team members Winston Watts (center) and Marvin Dixon (left) join Chris […] In an unusual convergence of Olympic sports, cryptocurrency, and 90s nostalgia, the Jamaican bobsled team is Dogecoin&#39;s biggest hero this week. The team turned to the joke currency to raise Dogecoin helps Jamaican bobsled team in its quest for Sochi. is basically a meme-ier version of Bitcoin.) very few teams have a cult Disney movie and built-in theme song to their name.

ORIGINAL Jamaican Bobsled Song - Duration: 4:21. gregalabama 34,006 views. 4:21. 50+ videos Play all Mix - Jamaican Bobsled Song YouTube; The Merrymen - Feeling Hot Hot Hot - Duration: 5:33. ... This song is protected by parody law. It is an original song inspired by the short verse tune from the film Cool Runnings. It was recorded and played by Rat Tar. Enjoy it! Jamaica we have a bobsled te Music wanted!! If you are a music producer and would like me to use your music (funky jazz hiphop vibes) please email me at [email protected] All filmed on a Sony A7R ii & Sony rx100 ... Track # 5 off of 97.3 GTR's 1989 compilation CD "Yatta Yatta Yatta". 50+ videos Play all Mix - ORIGINAL Jamaican Bobsled Song YouTube; 16x9 - Cool Runnings: Truth Behind Original Jamaican Bobsled Team - Duration: 8:11. 16x9onglobal 692,079 views. 8:11 ...