Is Bitcoin Facing A Corporate Takeover Via The '2x' Fork 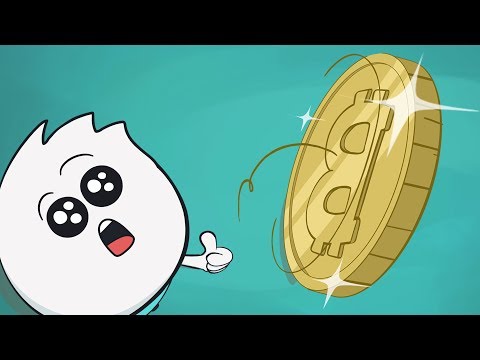 #210 Alex Morcos: Chaincode Labs and Why Bitcoin is Our One Shot at Creating Digital Gold

Alex Morcos on Aug 19 2015:
This is a message that I wrote and had hoped that all the core devs would
sign on to, but I failed to finish organizing it. So I'll just say it from
myself.
There has been a valuable discussion over the last several months regarding
a hard fork with respect to block size. However the sheer volume of email
and proportion of discussion that is more philosophical than technical has
rendered this list almost unusable for its primary purpose of technical
discussion related to Bitcoin development. Many of us share the blame for
letting the discourse run off topic to such a degree, and we hope that an
appeal for individual self restraint will allow this list to return to a
higher signal-to-noise ratio.
-Please consider the degree to which any email you send is related to
technical development before sending it.
-Please consider how many emails you are sending to this list regarding the
same topic.
This list is not appropriate for an endless back and forth debate on the
philosophical underpinnings of Bitcoin. Although such a debate may be
worthwhile it should be taken to another forum for discussion. Every email
you send is received by hundreds of developers who value their time as much
as you value yours. If your intended audience isn't really the majority of
them, perhaps private communication would be more appropriate.
Thanks,
Alex
-------------- next part --------------
An HTML attachment was scrubbed...
URL: <http://lists.linuxfoundation.org/pipermail/bitcoin-dev/attachments/20150819/68f13345/attachment-0001.html>
 original: http://lists.linuxfoundation.org/pipermail/bitcoin-dev/2015-August/010463.html

#210 Alex Morcos: Chaincode Labs and Why Bitcoin is Our One Shot at Creating Digital Gold

The state of modern BTC-maximalism. Reacting in disbelief to someone actually using crypto.

Debunking: "Blockstream is 3 or 4 developers out of hundreds of developers at Core" - Tone Vays

He says this at 25:50 in this interview whilst making the argument that Bitcoin Core development is decentralised.
Let's check a few things.
First port of call is Github.
https://github.com/bitcoin/bitcoin/graphs/contributors
There are 32 contributors with over 30 commits. Out of these 32, 8 have made no contributions at all in 2017 so lets drop that number to 24.
There are 10 contributors with over 200 commits.
So just scratching the surface, this is far from hundreds of developers, and far from a decentralised team. 7 of the top 10 developers of Bitcoin Core work for Blockstream and Chaincode.
Now let's take a quick look at Chaincode. It was self-funded by its founders Alex Morcos and Suhas Daftuar who also started Hudson River Trading in 2002. Here's where it gets interesting. Alex Morcos also participated in funding MIT's Media Labs Digital Currency initiative, which is who funds Wladimir J. van der Laan and Corey Fields. Matt Corallo (Blockstream) is a team member of Chaincode. While everybody is focused on Blockstream, we have Alex Morcos funding 6 of the top 10 developers for sure. Only Jonas Schnelli is uncertain how he is funded.
Call me a tin foil hat wearing crazy man, but this does not look like a decentralised development team to me at all.
Edit: Thanks for all the tips and reddit gold. Honestly, I prefer tips to gold. I now have a year and a half of Reddit gold, and the tips I pay forward to other people, so more useful. But either way, it's appreciated :)


8076 VerifyDB: don't check blocks that have been pruned

If a pruning node ends up in a state where it has very few blocks on disk, then a node could fail to start up in VerifyDB. This pull changes the behavior for pruning nodes, so that we will just not bother trying to check blocks that have been pruned.
I don't expect this edge case to be triggered much in practice currently; this is a preparatory commit for segwit (to deal with the case of pruning nodes that upgrade after segwit activation).
@sipa
Erik Hedman [6:20 PM] joined #commit-activity
github BOT [8:46 PM] [bitcoin/bitcoin] Pull request submitted by jtimon


8080 Do not use mempool for GETDATA for tx accepted after the last mempool req.

The ability to GETDATA a transaction which has not (yet) been relayed is a privacy loss vector.
The use of the mempool for this was added as part of the mempool p2p message and is only needed to fetch transactions returned by it.
github BOT [5:48 PM] [bitcoin/bitcoin] Pull request submitted by gmaxwell


8082 Defer inserting into maprelay until just before relaying.

Also extend the relaypool lifetime by 1 minute (6%) to 16 minutes.
This reduces the rate of not founds by better matching the far end expectations, it also improves privacy by removing the ability to use getdata to probe for a node having a txn before Show more...
Sergey Ukustov [9:17 PM] joined #commit-activity. Also, @stoicism joined.
----- Yesterday May 22nd, 2016 -----
github BOT [5:59 AM] [bitcoin/bitcoin] Pull request submitted by jonasschnelli


8083 Add support for dnsseeds with option to filter by servicebits

This protect any not-already-protected peers who were the most recent to relay transactions and blocks to us.
This also takes increases the eviction agressiveness by making it willing to disconnect a netgroup with only one member.
github BOT [5:04 PM] [bitcoin/bitcoin] Pull request submitted by theuni

This work creates CConnman. The idea is to begin moving data structures and functionality out of globals in net.h and into an instanced class, in order to avoid side-effects in networking code. Eventually, an (internal) api begins to emerge, and as long as the conditions of that api are met, the inner-workings may be a black box.
For now (for ease), a single global CConnman is created. Down the road, the instance could be passed around instead. Also, CConnman should be moved out of net.h/net.cpp, Show more...
github BOT [5:14 PM] [bitcoin/bitcoin] Pull request submitted by sipa


8086 Use SipHash for node eviction

Bitcoin Core Developer, Attender of Satoshi Roundtable, Coin Center; Board of Director, Chaincode Labs; co-founder, Hudson River Trading; co-founder Alex Morcos | ZDL Crypto Wiki | Fandom FANDOM Alex Morcos. Follow. Mar 24, When I first learned about Bitcoin, the feature that stood out the most was the immutable and incorruptible nature of the rules. Code, not politics. "I’m an investor and believer that everyone who has a stake in Bitcoin has a duty to contribute and give back to Bitcoin development, including hodlers! Wences, Alex and I hope that everyone will pitch in, contribute and do their bit to help make this grand challenge to scale Bitcoin a success." Alex Morcos Twitter Alex Morcos, the principal donor to the MIT Bitcoin experiment, is a co-founder of Hudson River Trading, one of the corporate villains cited in Flash Boys. Not one journalist who covered the MIT Bitcoin story last week connected those dots. In the last few years, Chaincode Labs played one of the most active roles in the development of Bitcoin core. Its founder Alex Morcos joined us to talk about his own journey from high frequency trading to discovering Bitcoin and starting Chaincode. We talked about what drives him, what the essential characteristics of Bitcoin are and how to think about recent event like the SegWit2x controversy.

What? Is that a joke? - Bitcoin maximalists hate pizza - Roger Ver