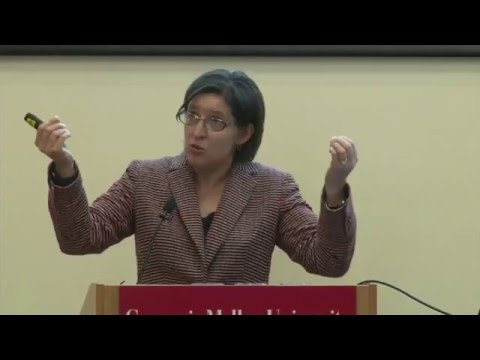 I talked to my local paper about accepting Bitcoin (Delaware)

Howdy folks, my name is Gentle Jones and I am an underground Hip-Hop artist from Delaware. I recently started accepting Bitcoin for records and our local Gannet newspaper (The News Journal) included me in an interesting article about the currency.
Thought you all might enjoy seeing how Bitcoin is taking hold in Delaware. You may have already read our Senators supporting it in the news lately.
http://www.delawareonline.com/article/20140113/BUSINESS08/301130020
Speed and lower costs give Bitcoin appeal with users Written by Wade Malcolm The News Journal Jan. 13, 2014 delawareonline.com
A local underground hip-hop artist. A Libertarian business owner who predicts the collapse of the dollar and a worldwide economic meltdown. A United States senator from Delaware.
What do these three people have in common? They’re all interested in Bitcoin.
For the uninitiated, Bitcoin is the so-called virtual or crypto currency that has gained in popularity and value since it was created in 2009, particularly in the past year. It’s used widely as a faster, cheaper way to conduct digital transactions for smaller online retailers.
And it has gained in mainstream acceptance, with recent announcements that home furnishing products seller Overstock.com and gaming company Zynga will start accepting Bitcoin. But it’s also been linked to money laundering and other illegal activity, including the online black market known as Silk Road.
Throughout 2013, U.S. Sen. Tom Carper, D-Del., held a series of hearings on virtual currency in his position as chairman of the Committee on Homeland Security and Governmental Affairs.
His overall impression after listening to the testimony: Government might need to take an active role to prevent the ways Bitcoin can be abused, like any currency, but it has great potential to benefit society. And it would be wrong to have a government clampdown squash it, he said.
“It lowers the cost of transactions in some cases, and in some cases, it allows people that live in different countries to be able to trade with one another more easily,” he said. “One aspect of facilitating trade is financing trade, and it will be interesting to see what role virtual currency can play in facilitating trade between nations. We never would have thought we could use these tiny cellphones to do so many things.”
Like Carper, many have come to see Bitcoin as the next evolution of technology –a tool to eliminate an inefficiency in the marketplace.
Some economists say the currency innovation also could threaten the dominance in online transaction of a key Delaware industry: credit cards. Card companies might charge 2 percent or 3 percent to process a larger online transaction, and an even higher flat fee for smaller transactions. Bitcoin fees are miniscule by comparison, around 0.02 percent.
Using a checking account is cheaper, but also slower, since the payment must go through a clearinghouse that serves as an intermediary between financial institutions.
“In 2014, should it take two or three days to send money from me to you when I’m a Bank of America customer and you’re a Chase customer? I would say no. Maybe if this was 1998 that would be OK,” said Susan Athey, a professor of economics at Stanford’s Graduate School of Business. Bitcoin “will force the banks to learn how to move money more efficiently between accounts. But there’s lots of ways this could play out that are very disruptive to banks and credit cards.”
Local financial institutions have been hard at work developing their own systems for mobile payments. The Delaware card business of JPMorgan Chase and Wilmington-based savings bank Capital One 360 have platforms for transferring money between bank account, but they still take more than a day if the money is going to an outside institution. Wilmington-based Barclaycard US has piloted a mobile payment app called bPay that being tested in business through Wilmington and Newark.
Skeptics of Bitcoin point out that the currency’s whole infrastructure –essentially crowd-sourced and unsupported by any government –could collapse some day and become worthless. Bitcoin supporters counter that such risks exist with any monetary system and in fact many currencies have collapsed throughout history.
If you ask Doug Campbell, Bitcoin is more likely to outlive the dollar due to the escalating nation debt. A staunch Libertarian who ran for Delaware attorney general in 2010, Campbell holds about 20 different crypto currencies and has used Bitcoin to invest in silver.
“I know the dollar is going to be dead, so the only question for me is what’s going to replace it,” Campbell said. “It is the free market, man. And Bitcoin is the free market at work.”
Campbell is a believer in Bitcoin because it’s protected against inflation, he said. About 21 million Bitcoin exist, and no more will ever be made.
Others are less philosophical in their use of the currency. Local underground rapper and singer Bill “Gentle Jones” Ferrell started accepting Bitcoin for sales of music and merchandise on his website. ( www.coingig.com/gentlejones ) The decision lowered his costs, and there’s something appealing about taking a new-wave payment system to sell vinyl records.
“Maybe it is funny that I’m selling an analog technology with a digital currency. But it all comes down to what do people value,” he said.
“For any currency, whether it’s beads or clam shells or coins or paper, all you need is two people that agree it has value and do business with it. It’s all an abstraction.”
WHAT IS BITCOIN?
Bitcoin is considered a “virtual” or “crypto” currency that no government or monetary authority has approved, regulated or guaranteed. It was created by an anonymous computer programmer –or programmers –known only as Satoshi Nakamoto. Essentially, a Bitcoin is an open-source string of computer code that is unique to every unit of Bitcoin. This ensures no one can counterfeit or steal Bitcoin. The currency allows users to conduct online transactions faster and with lower fees compared with using a checking account or credit card. Once someone receives a Bitcoin, he or she easily can exchange it for U.S. dollars or other currency.

How To Tell If Bitcoin Is In A Bubble